Veterans’ social withdrawal — or isolation — has been a topic of interest for a long time, but even more so since early 2020, with the onset of the COVID-19 pandemic. Sometimes it’s difficult to know whether your isolation is the result of an external situation, such as the pandemic, or is related to a mental health concern, like depression or anxiety.

Jack, a Marine who served in Vietnam, says isolation can be a natural response to a physical or emotional injury. “You watch any animal that’s hurt. What does it do? It withdraws. And the animals have a trust in existence that they either get better or they die, you know? So, it’s real normal to withdraw.”

“My life just was slowly shrinking,” explains Tim, another Marine Corps Veteran who served in Vietnam. “If I went golfing, I went golfing alone.”

Social withdrawal can be the cause or the result of a mental health condition. Some people withdraw because they fear their mental health symptoms may embarrass them around other people. Some stay home because they don’t want to get hurt by the world outside. Some become isolated for other reasons — such as preventing the spread of a contagious illness or living in a remote location — without realizing it can affect their mental health. 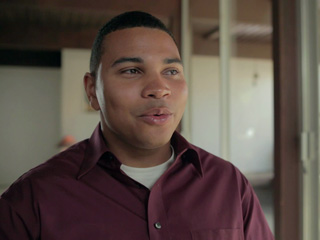 The courage to reach out for support

Even physical injury can trigger social withdrawal, as Chris learned after his leg was amputated following a combat injury in Iraq. “You kind of go into this bubble,” says the Marine Corps Veteran. “It usually consists of home, work, and a select few friends, and you don’t want to interact with anything outside of that bubble.”

Social withdrawal and social isolation can make it difficult to do the things you normally would enjoy or to just get through the day. Some effects of this isolation may include depression, alcohol or drug misuse, and trouble sleeping.

Left unchecked, social isolation can also lead to relationship problems and negatively affect those you care about. Family members and friends often don’t know what Veterans are going through when they leave the military, and a Veteran’s isolation can stand in the way of creating understanding with their loved ones. Family and friends “can’t make the connection between what you experienced in the military and how that’s manifesting when they interact with you,” explains Marylyn, an Army combat Veteran.

Marylyn found the support she needed in a combat Veterans group for women at her local Vet Center. “Isolation, withdrawal, is not going to get you the end result that you need,” she says. “You want to get back enjoying your life, the things that you like to do, and … to explore new things. So, you’re going to eventually have to talk to someone and connect with someone.”

Like Marylyn, Bryan says Veterans can often provide the connection and understanding needed to help each other. A Marine Corps Veteran, Bryan describes himself as usually extroverted and friendly, but he didn’t want to be around anyone after leaving the military. He stayed in his room and drank constantly until some friends pulled him out of it. Without their help, he says, “I don’t know how bad it would have gotten.”

“You can’t isolate yourself,” Bryan says. “You have to surround yourself with good people that want to see you do better. And you have to take advantage of the programs at the VA or the nonprofit organizations that are there to help Veterans out.”