As a U.S. Navy photographer, Daniel served tours overseas capturing natural disasters and moments of combat. While he was stationed in Japan, a 9.0 magnitude earthquake triggered a tsunami and ultimately a nuclear meltdown, leaving the area unapproachable for weeks.

“We were able to get out and supply a lot of the first imagery that was picked up by the news organizations around the world,” said Daniel. But Gemini, his wife, believes that this event, along with his tour in Iraq, had a tremendous effect on Daniel’s mental health, which was very noticeable upon his return home. “He would have to constantly do perimeter checks; check the house. There was a long period of time where he couldn't sleep in bed,” she said. 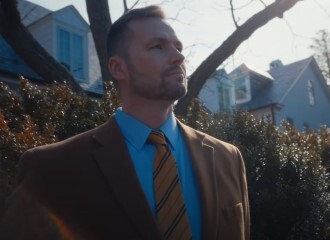 “I would wake up very concerned and I couldn't really figure out what made me so anxious and nervous,” said Daniel. “It's a terrible feeling.”

This behavior became his new normal. Most nights, Daniel would sleep on the living room couch, believing he was never truly safe in his own home. He was reluctant to talk to someone about what he was experiencing because he thought that would be a sign of cowardice and weakness.

“This is something I should have looked at much sooner, but it took almost 10 years before I actually went to talk to somebody,” said Daniel. “It's easy to put your own self at the last of your priorities.”

He began by seeing a counselor at a telepain clinic. They would talk a few times a month, and although it was intended to discuss alternative ways to handle physical pain, often the attention would turn to his mental health. “[My counselor] was a great listener, “ Daniel said. “It was the best thing that I did while I was pursuing my health.”

Daniel was ultimately diagnosed with PTSD and found acupuncture was effective in treating his symptoms — allowing him to easily relax and sleep through the night. According to Gemini, the difference was like night and day: “He was more comfortable. He was more relaxed. It was like we had the old Daniel back.”

“Just reach out to your local VA,” Daniel said, encouraging his fellow Veterans to get the help they need. “I guarantee you won't regret it.”